We flew into Tbilisi, and and were collected by a man who guided a friend of ours, he took us to the Marshrutka (minibus) area to go to Gudauri, we had trouble sourcing one on the day we were, hard to tell whether it was more our driver pushing us to go with a taxi instead. Anyhow, we were running late in the day, so we found a taxi heading up. We waited around a while munching on mandarins from the nearby market to see if anyone else wanted to join us, but to no avail, so headed off to Gudauri at breakneck speed! Probably one of the more interesting car rides I've been on for sure...

Just before Gudauri, we started passing kilometers of trucks parked on the side, they were all waiting for the pass to open after snow to travel into Russia. The road steepens up and hits some switchbacks, at this point there was a massive traffic jam where a truck had gotten stuck at a corner, the driver shouting out the window, and jumping out to take a walk up the road, we just sat and enjoyed the scenery.

About halfway through the jam, we looked across at another car and were surprised to see Peter Schön, he was to be our guide for the avalanche course we were doing, AST1 and AST2, he was on his way back to Tbilisi for the night, it was a funny spot to meet for the first time!

Peter had organised accommodation for us at Wild Guru, a lodge run by a Russian guide, and quite a friendly place. In the morning we met David and Taylor, the other participants for the course. David was a fellow Aussie, funny to meet another one so far afield!

Wild Guru have a cinema room upstairs (where we also did the theory components of the course) and one of the nights we had a photo night and watched some videos and photos from each of the guests and the hosts.

The first day of the course for the AST1 we headed out to Bidara, approaching from the West side parked in a spot on the side of the road. It was a fantastic day out as can be seen from the photos. It did cloud in a bit at the top, but it was fine by the time we dropped down after lunch.

The next day, as part of the AST2 (while there was still good weather) we headed out to Milioni Gorge. This terrain is very easy to access from the chairlift, and a couple of short skins for the day. 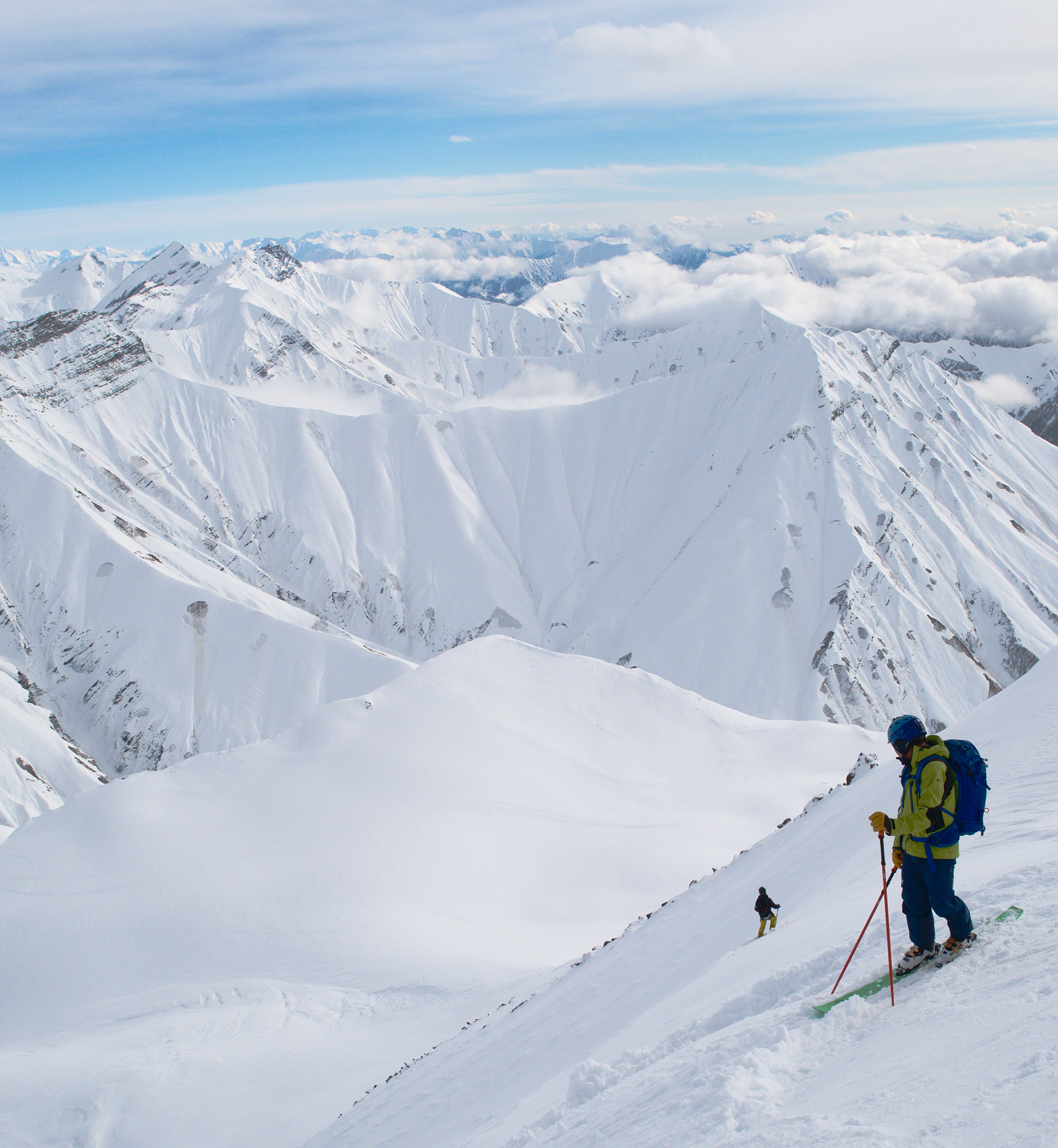 Peter informed us that the top, north facing section of the gorge is often a death trap hoar farm near the start of the season, but that conditions had been unusually stable.

Unfortunately I got quite ill with a throat and chest infection at this point, and with the worsening weather I was out of action for the rest of the course and couldn't complete the AST2, however I took a little comfort in that we did get the best weather days of skiing in! It was also great to still be able to attend the debriefs and planning for the other days with the crew and learn what happened and how Peter operates.

After this we headed to Tbilisi to chill for a few days, and then eventually decided to head on as originally planned (but late) to Mestia to see out the new year.

We caught the train to Zugdidi, and met some friendly Norwegians who were willing to go halves on a taxi to Mestia (as we had once again apparently missed the Marshrutka time). The road to the Mestia, into the Svaneti region is incredible. The mountains close in on the sides, and the scenery becomes spectacular.

I was still pretty sick, too sick to do backcountry skiing so we spent time in the town. I would have loved to have spent an entire month or a season here. The downhill skiing doesn't end up being that cheap due to the requirement to drive up to the mountain each morning, which is a bit of a hassle to do for a long period time, but I'm sure doing some more extended backcountry trips out of there would be amazing.

The town was quite amusing for me, with animals and everything, it still very much has the country vibes (as opposed to tourist central).

We did do one day of skiing at Tetnuldi, it was super cold, but quite a lot of fun. There were some great looking tree runs off the side still completely untracked after several days with no snow. We needed more time! Next time...

Mestia was also a great place to spend New Year's eve, the town has an open air concert and celebration, with some ice sculptures.

Hope to be back in Georgia again sometime soonish! Just a great mixture of culture, adventure, great snow, good vibes, and not super expensive!

I made a short video about this trip here: